The story behind leaked data from Hillary Clinton’s Blackberry

Even Blackberry mobile phones, which are considered to be one of the safest and secured lines of mobile devices can be attacked and hacked. Also, data can be recovered from even a damaged Blackberry phone. Therefore, a proven data erasure software must be used to erase data when the data is confidential. The Presidential Candidate was simply unaware data was on those phones and data destruction was necessary.

Hillary Clinton, the current Presidential Candidate, was known to have a single Blackberry mobile phone for all her personal and official communication needs while she served as the secretary of state in the United States. However, the Federal Bureau of Investigation (FBI) recently reported that a total of 13 mobile devices were associated with her two known phone numbers. They were used for communicating through emails and over voice at some or the other point in time. 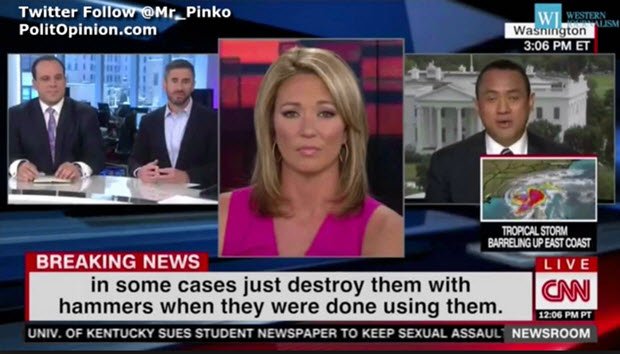 Moreover, her closest aides, have revealed that they often purchased Blackberry phones for her while destroying the old one by breaking them in half or hitting with a hammer. They indicated that, with such a practice, the whereabouts of Clinton’s devices would become unknown as soon as she transitioned to a new Blackberry device that they purchased from the AT&T stores within in the Washington area. And that it was all done to keep her conversations on the phone and emails extremely safe and secure.

But the question that arose was that was the information on the Blackberry devices destroyed on breaking them or hitting them with a hammer?

Well, it wasn’t. As it is known, breaking or damaging any phone or electronic mobile cannot cause permanent data deletion. Data can still be recovered from a physically damaged media including the most secure ones, i.e. Blackberry phones until they are destroyed, or their data is permanently wiped off. So, this method used by the aides of the Secretary of States of United States was of no help in erasing confidential data that were intended to be away from the public and the media coverage.

The outcome was that both the private and the highly sensitive official information leaked and went public. These consequences could have been a huge threat to her both on the personal front as well as from a nation’s perspective, which was a major concern. Indeed, both Clinton and her country were at significant risk after the disclosure of confidential information that took over the phone, either voice or through email. A simple data destruction mechanism could have saved the day for them, as it would have wiped the information off the phones.

How was the Blackberry mobile data recovered?

What are the other Alternatives to physically damaging the Blackberry mobiles?

There is a systematic approach to data destruction via software base programs or hardware destruction. Instead of physically destroying the media, and buying a new device each time the data storage capacity exceeded the maximum storage limit. The aides of Clinton could have used an adequate data wiping solution in the form of services or software. It could have helped them in keeping her personal & official information that was exchanged over the phone and emails safe and secure.

Don’t do a Hillary. A data wiping software could have been used by to erase data.